When George Soros is not donating millions to theNorth American Man Boy Love Association(NAMBLA), his money  movements have been predictive of an impending economic collapse. This has made him the most watched bankster in theworld. If you have any money in a domestic American bank, you would be wise to read this article and act accordingly.
This article is the first of a two part series which is designed to help as many people, as possible, to have as soft of a landing as possible from the devastating effects of an economic collapse that may be right around the corner. George Soros Is the Enemy of the American People and Traditional American Values
Judge a man by what he does, not by what he says. Through his actions, George Soros is telling the American people to take their money out of the bank before it is too late!
Soros has made billions of dollars in investing and currency trading and has used his fortune to fund a vast array of leftist organizations dedicated to undermining liberty and capitalism. Soros has funded pro-abortion groups, pro-gay marriage organizations, anti-Israel efforts and radical environmental groups who are dedicated to the complete evisceration of American property rights. 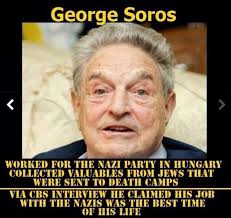 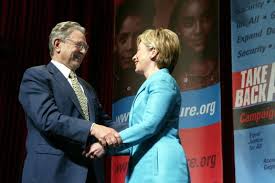 Another Soros puppet, Hillary Clinton
George Soros has now accepted a position on the National Finance Council of the Ready for Hillary Super PAC, a group paving the way for a 2016 presidential run for the former first lady and thoroughly disgraced former Secretary of State with regard to the Benghazi affair. It is becoming clear that after the economiccollapse, Hillary will become the Commissar of economic, political and social subjugation.
In short, George Soros is on a mission to turn the United States into a socialist utopia devoid of any of its traditional values. Out of chaos comes order and Soros feels compelled to collapse the old in order to usher in the new and this is exactly what America is witnessing.
Soros Is the Ultimate Economic Hit Man