The King David Hotel explosion of July 22, 1946 (Palestine), which resulted in the deaths of 92 Britons, Arabs and Jews, and in the wounding of 58, was not just an act of “Jewish extremists,” but a premeditated massacre conducted by the Irgun in agreement with the highest Jewish political authorities in Palestine– the Jewish Agency and its head David-Ben-Gurion.

According to Yitshaq Ben-Ami, a Palestinian Jew who spent 30 years in exile after the establishment of Israel investigating the crimes of the “ruthless clique heading the internal Zionist movement,” The Irgun had conceived a plan for the King David attack early in 1946, but the green light was given only on July first. According to Dr. Sneh, the operation was personally approved by Ben-Gurion, from his self-exile in Europe. Sadeh, the operations officer of the Haganah, and Giddy Paglin, the head of the Irgun operation under Menachem Begin agreed that thirty-five minutes advance notice would give the British time enough to evacuate the wing, without enabling them to disarm the explosion.

The Jewish Agency’s motive was to destroy all evidence the British had gathered proving that the terrorist crime waves in Palestine were not merely the actions of “fringe” groups such as the Irgun and Stern Gang, but were committed in collusion with the Haganah and Palmach groups and under the direction of the highest political body of the Zionist establishment itself, namely the Jewish Agency.

That so many innocent civilian lives were lost in the King David massacre is a normal part of the pattern of the history of Zionist outrages: A criminal act is committed, allegedly by an isolated group, but actually under the direct authorization of the highest Zionist authorities, whether of the Jewish Agency during the Palestine Mandate or of the Government of Israel thereafter.

The following is a statement made in the House of Commons by then British Prime Minister Clement Attlee: On July 22, 1946, one of the most dastardly and cowardly crimes in recorded history took place. We refer to the blowing up of the King David Hotel in Jerusalem. Ninety-two persons lost their lives in that stealthy attack, 45 were injured, among whom there were many high officials, junior officers and office personnel, both men and women. The King David Hotel was used as an office housing the Secretariat of the Palestine Government and British Army Headquarters. The attack was made on 22 July at about 12 o’clock noon when offices are usually in full swing. The attackers, disguised as milkmen, carried the explosives in milk containers, placed them in the basement of the Hotel and ran away. The Chief Secretary for the Government of Palestine, Sir John Shaw, declared in a broadcast: “As head of the Secretariat, the majority of the dead and wounded were my own staff, many of whom I have known personally for eleven years. They are more than official colleagues. British, Arabs, Jews, Greeks, Armenians; senior officers, police, my orderly, my chauffeur, messengers, guards, men and women– young and old– they were my friends. “No man could wish to be served by a more industrious, loyal and honest group of ordinary decent people. Their only crime was their devoted, unselfish and impartial service to Palestine and its people. For this they have been rewarded by cold-blooded mass murder.” Although members of the Irgun Z’vai Leumi took responsibility for this crime, yet they also made it public later that they obtained the consent and approval of the Haganah Command, and it follows, that of the Jewish Agency. The King David Hotel massacre shocked the conscience of the civilizedworld. On July 23, Anthony Eden, leader of the British opposition Conservative Party, posed a question in the House of Commons to Prime Minister Atlee of the Labor Party, asking “the Prime Minister whether he has any statement to make on the bomb outrage at the British Headquarters in Jerusalem.” The Prime Minister responded: “…It appears that, after exploding a small bomb in the street, presumably as a diversionary measure– this did virtually no damage– a lorry drove up to the tradesmen’s entrance of the King David Hotel and the occupants, after holding up the staff at pistol point, entered the kitchen premises carrying a number of milk cans. At some stage of the proceedings, they shot and seriously wounded a British soldier who attempted to interfere with them. All available information so far is to the effect that they were Jews. Somewhere in the basement of the hotel they planted bombs which went off shortly afterwards. They appear to have made good their escape. “Every effort is being made to identify and arrest the perpetrators of this outrage. The work of rescue in the debris, which was immediately organized, still continues. The next-of-kin of casualties are being notified by telegram as soon as accurate information is available. The House will wish to express their profound sympathy with the relatives of the killed and with those injured in this dastardly outrage.”
http://theuglytruth.wordpress.com/2013/07/22/today-in-history-the-bombing-of-the-king-david-hotel-by-jewish-terrorists/#more-57515 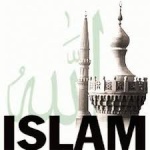