Israel is now bombing the strategic interests not only of its preferred targets – Syria, Lebanon, Sudan, Iran or other vastly inferior military powers – but of Russia.

The New York Times published a story yesterday saying the U.S. figures Israel will launch a second attack on the anti-ship missiles that Russia recently sold to Syria, because the July 5 bombing of them, near the Syrian port city Latakia, didn’t finish the job; the Syrians had moved some of the missiles beforehand.

I have a question, which wasn’t asked in the NY Times article, nor have I heard it asked in Israel: What does Vladimir Putin think of this? Is he indifferent to Israel’s blowing up of his arms transfers to his Syrian ally? (July 5 was the second time this year that Israel pulled it off; in January the Israeli air force destroyed anti-aircraft weapons in Syria that had also been bought from Russia.)

Think about it: Russia is not bombing Israel, it is merely selling weapons to Syria (which isn’t bombing Israel either) like the U.S. sells/donates weapons to Israel – and Israel is destroying those weapons shortly after Russia drops them off. We don’t like these Russian arms deals, so we’re bombing them out of existence. And we’re going to keep on doing it until we get it right.

This is what Israel’s “preemptive” military policy in the Middle East has come to: We are now blowing up the strategic interests not only of our preferred targets – Syria, Lebanon, Sudan, Iran or other vastly inferior military powers – but of Russia.

Unlike the leaders of Middle East countries, Putin is not afraid of Israel’s might, to understate the matter. Why hasn’t he paid us back, and with interest? I would imagine it has something to do with the United States, which Russia is afraid of. But there are limits to Russia’s fear of the U.S., and I’d say that when a U.S. ally bombs Russia’s strategic interests, it is testing those limits. I don’t think it’s safe for Israel to blow up Russian weapons shipments to Syria time after time, but Netanyahu and his consigliere, Defense Minister Moshe Ya’alon, think it is. The reason they think so is because they are a pair of crazy jerks – reckless, blind fools who think they can keep running across the freeway whenever they want.

They’ve bombed Syria four times and counting this year, all to prevent Hezbollah from getting its hands on conventional weapons – missiles that can hit Israeli ships and offshore natural gas rigs, that can hit Israeli aircraft, that can accurately hit Tel Aviv. Remember when it was only nuclear weapons that Israel would not tolerate in the hands of its enemies? Then, when the Syrian civil war got out of hand, Bibi and the gang added chemical weapons to the list, saying Israel wouldn’t tolerate them going to Syria’s ally Hezbollah. Now the new, updated 2013 strategy is that Israel won’t tolerate fancy conventional weapons in Hezbollah’s hands, either – that, too, is a reason to send out the fighter jets and risk starting a war. And when the target is Russia’s arms transfers to one of its key Middle East allies, the war Israel risks starting is not just a regional one.

And for what? For “self-defense”? Is somebody attacking this country? No, it’s Israel that’s attacking other countries. Why? Because of its deranged belief that the only way it can survive is by blowing up every attempt by any regional enemy to challenge its “qualitative edge” in military strength. This is how Israel expects to survive in the Middle East: As a tiny Jewish state using Air Force jets and Mossad saboteurs to enforce its superpower status over the 57 Muslim nations surrounding it.

Can Israel can keep this up forever? Not likely. The way it’s going, there will come a day when Israel starts one war too many – and this time it won’t make it across the freeway. Of course, there’s a way to prevent that – by Israel giving up its criminally insane policy of military “preemption.” It’s not going to happen any time soon, though; we still have some more Russian missiles in Syria to destroy. 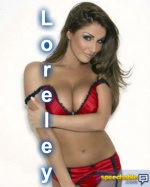 Re: Goading Putin: The insanity of Israel's military policy